The division of Melbourne in the eastern part of the city and the Archdiocese of Melbourne on December 3, 1977, established the Croatian Catholic Center in Springvale (Keysbourgh), whose administration was taken over by Rev. Marko Perkovic.

The Croatian Catholic community in this part of Melbourne gathered for its Sunday services in the local parish church of St. John Vianney, which gathers an average of 800 believers, and the priest went to the center of the diocese of Sale, 240 kilometers away, and to Morwell, 140 kilometers away, every first Sunday of the month.

In this part of Melbourne, Croatian emigrants settled in the sixties and in the first half of the seventies of the last century, and came mostly from Slavonia, Međimurje, Hrvatsko Zagorje, Karlovac, and there are some immigrants from Bosnia and Herzegovina and Dalmatia. As a community, they agreed and decided to build their own center that would have a church, a hall, a parish apartment and a kindergarten. So they soon bought the land and paid it off immediately. 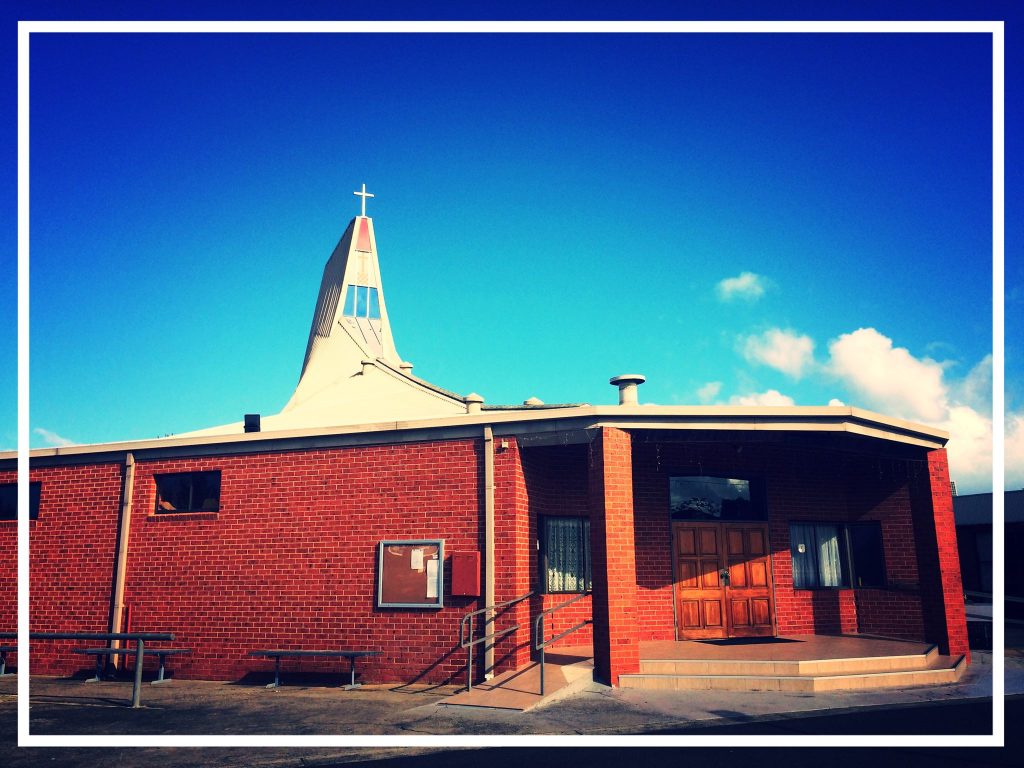 It was five acres (about four acres of land) for which they paid 78,500.00 Australian dollars. The land transfer certificate was registered on 19 March 1980 under no. H910256 at the Victoria State Cadastre Office. Along with the seven-page certificate of ownership, everything concerning the center has been elaborated in detail, from the management of the property, through the construction of the center, all the way to the case of its eventual closure.

From its establishment until its present appearance, this center has gone through various ups and downs. What started with so many hopes and longings bothered some, so they tried their best to destroy this Croatian center. This is evidenced by several written traces of archival material, tasteless pamphlets and ruthless letters and attacks. We will not go into that here, nor look for the culprits.

The influence of the secret services of the former state, however, was not so strong as to destroy the real seed that sprouted and grew under the diligent and diligent hands of the Croatian Catholic community in the eastern suburbs of Melbourne. And yet the Croats themselves learned something over time, so they did not allow themselves to be broken so easily, because they could quickly recognize those who hid behind various masks as “well-meaning”, no matter where they came from, and persisted in preserving their religious and of Catholic communion. After severe fractures, they recovered quickly and stood up stronger and more resilient than they were, because they were getting richer for one experience.

The construction of the center took place in several phases. The first three years of work on its erection are evidenced by the writing of the Southern Cross from 1983, which reports:

Hardworking Croats – believers who live in this part of Melbourne, have been building a center in Keysborough for three years. So far, they have achieved the following:

1. More than three and a half acres of land were purchased (the land was barren, razed, overgrown with thorns and blackberries, and there were two water constitutions).

3. Hundreds of m3 of gravel and earth were brought in to level the land and prepare it for the construction of the future center: an apartment for priests, a home, a church, a school …

4. A house for priests was built – spacious and comfortable.

5. Sewerage and drainage have been built around the land and in the land.

8. Large septic tanks with drainage channels and pipes were made, as well as many smaller tanks into which water is pumped.

9. Two electric pumps have been installed to empty the septic tank.

10. A home was built, 1,024 m2 of usable space. The home has three rooms, all with a very comfortable and hygienic bathroom, two warehouses, a spacious kitchen and a bar.

11. An expensive carpet was placed in the premises of the home.

12. A thousand chairs were bought and 90 tables were made for 10 people each.

14. An apartment for priests was equipped, printing machines and sound systems were procured.

15. There is a space for “picnics” with public toilets, sinks, benches, tables, meat ovens, a makeshift stage …

16. The construction of the church has begun (the foundations have been laid, the iron structure has been laid, and the masonry work is in progress)

18. All these works were done with the great sacrifice of the faithful of this center. In addition to financial contributions, they helped and are helping a lot with their own work – they transport material and do many jobs themselves. More than a thousand volunteer work days were spent that way.

This center was originally called the Croatian Catholic Mission of St. Joseph, Springvale. Under the leadership of Rev. Marko Perković built a house for priests and a hall. That he had difficulties at the very beginning of the construction of the center is testified by several letters which speak of the disturbances he had to face, as well as a protocol from a meeting of a group with him and the church committee, held on July 25, 1978. was signed on August 9, 1978.

How much all these hoaxes influenced him to make the decision to leave Springvale and leave the priestly ministry, he knows himself, and so does the Lord who calls to the ministry. The fact is that with his work in this center he left a visible trace of his commitment and the sacrifice he made, and most people in this community remained in good memory.

Construction of the Church of the Holy Spirit

The church within this Center will be built by the successor of Rev. Perković, Rev. Anto Vujičić (1926-199), who was sent to Sprignvale by Msgr. Vladimir Stankovic April 30, 1981

Upon his arrival this Mission changed the name and addressee it had at the beginning of its founding and has since been called the HKC of the Holy Spirit.

The church has a deltoid shape and is 32 meters long diagonally and as wide. With a cross at the top of the tower it is 26 meters high. It was built with the voluntary contributions of the faithful.

Because of the conflicts in the community that, according to the stories of the people, arose because of jealousy and something more than the actions of the Yugoslav secret services, which wanted to break this Croatian unity. Rev. Vujicic leaves and Rev. comes to Springvale. Mato Križanac (beginning of October 1984). In 1986, Rev. Fr. Domin Vladić, who worked as a spiritual assistant in this Center until 1991.

After Rev. Josip Kasić became seriously ill and could not lead the HKC in Clifton Hill, in his place came Rev. Križanac and Rev. comes to Springvale. Ivica Zlatunić.

With the departure of Rev. Ivica Zlatunić retires, and is replaced by a young priest, Rev. Vedran Lešić, who with his enthusiasm, freshness of ideas and dedicated work, in recent years, has been diligently working on the material renovation of the Center itself.

The interior of the church is being decorated, which now exudes the whiteness and airiness that change has brought with it. (new altar, cross above the altar …).

Major changes are also visible in the renovated premises near the church itself, where the space that was completely renovated and which now serves as the parish office was used. So far, a small social hall has been arranged, which with its services has been rated among the best in this area. It will certainly contribute to an even better connection of the members of this community, their social life and thus the religious life of this strong Croatian community.

“The hand of the Lord was upon them” about 50 years of pastoral care among the Croats of Melbourne, 2014.